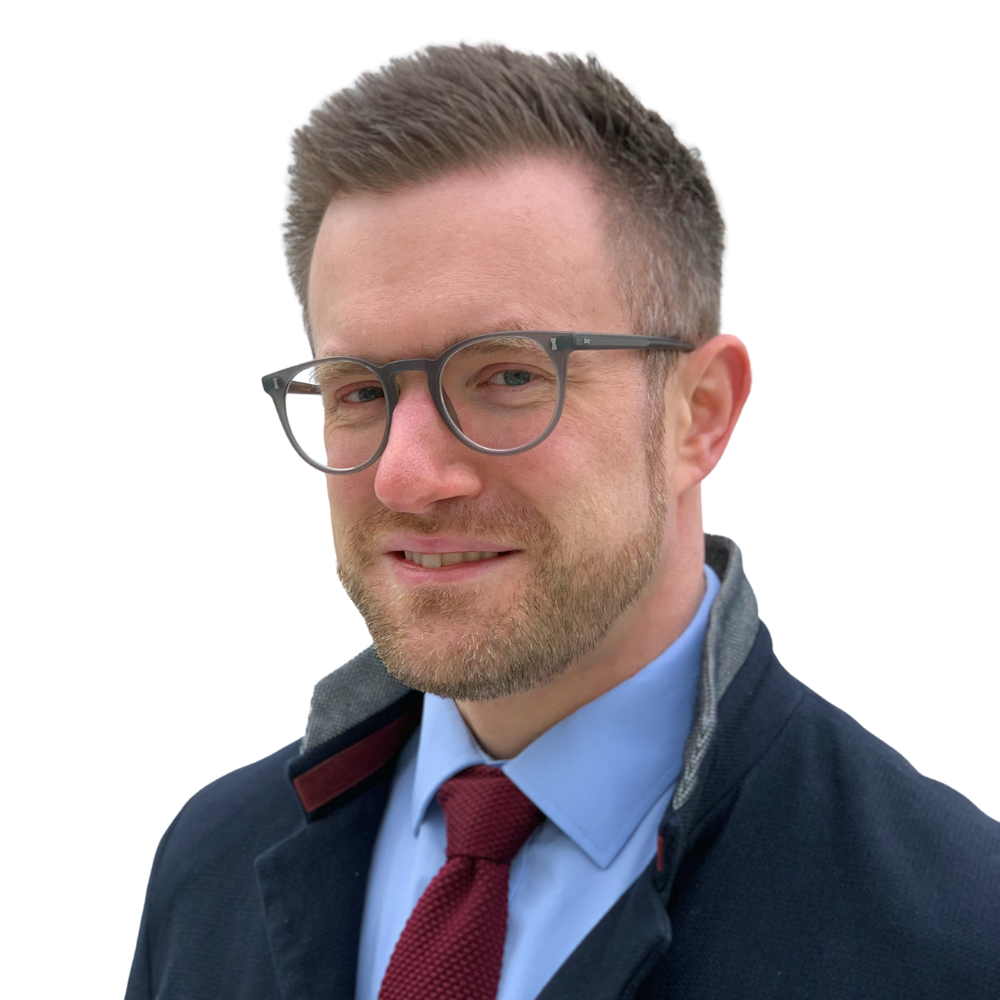 Co-Founder and Director of Research

Main areas of expertise: British geostrategic and maritime power, ‘Global Britain’, and Euro-Atlantic, Indo-Pacific and Polar geopolitics
James Rogers is Co-founder and Director of Research at the Council on Geostrategy, where he specialises in geopolitics and British strategic policy. Previously, he held positions at the Henry Jackson Society, the Baltic Defence College, and the European Union Institute for Security Studies. He has been invited to give oral evidence at the Foreign Affairs, Defence, and International Development committees in the Houses of Parliament. He holds an MPhil in Contemporary European Studies from the University of Cambridge and an award-winning BSc Econ (Hons) in International Politics and Strategic Studies from the University of Wales, Aberystwyth. 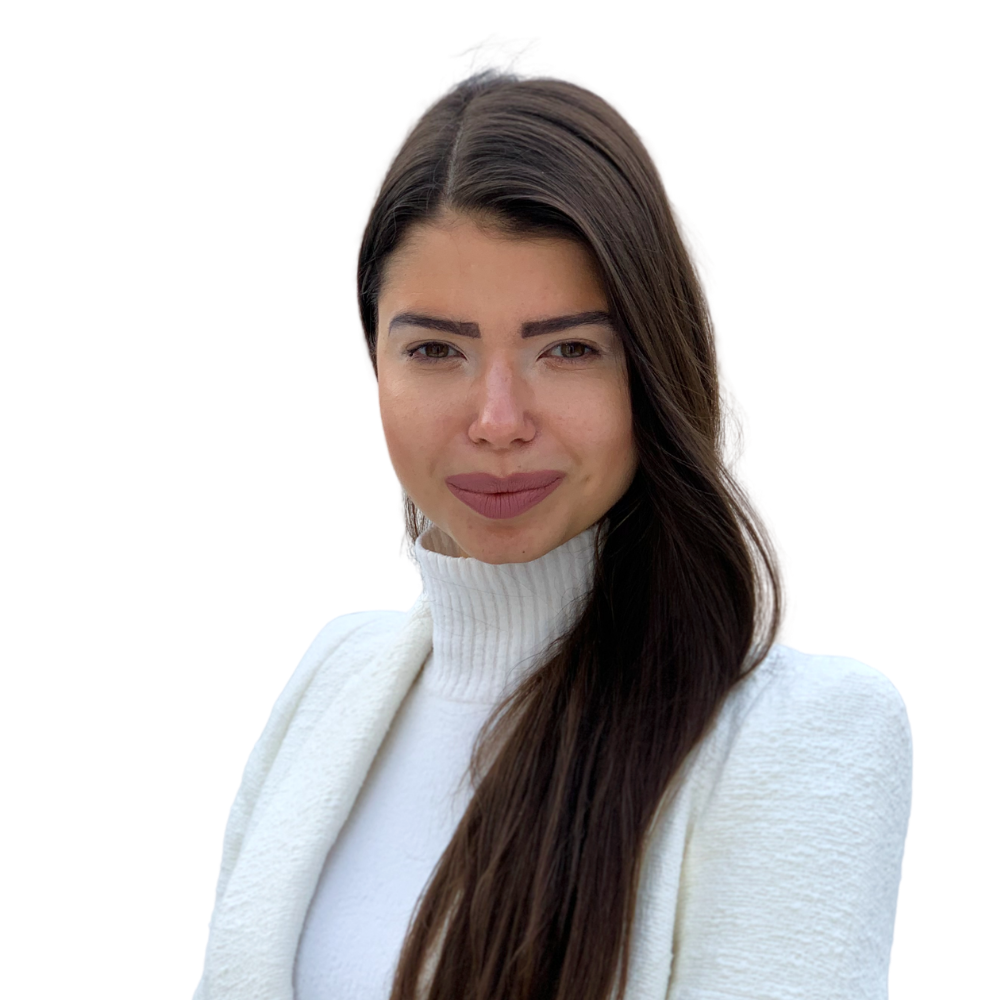 Co-Founder and Director of Strategy

Areas of expertise: Eastern European and Baltic politics and security
Viktorija Starych-Samuolienė is Co-founder and Director of Strategy at the Council on Geostrategy where she is responsible for the organisation’s strategic development and external affairs. She has recently served as a Member of a Board of a family company specialising in sustainable textiles. Her previous experience included roles at the Henry Jackson Society and an internship at the Lithuanian Embassy in Tokyo, Japan. She holds an MA in Intelligence and International Security from King’s College, London, and a BA in Political Science from Vilnius University. 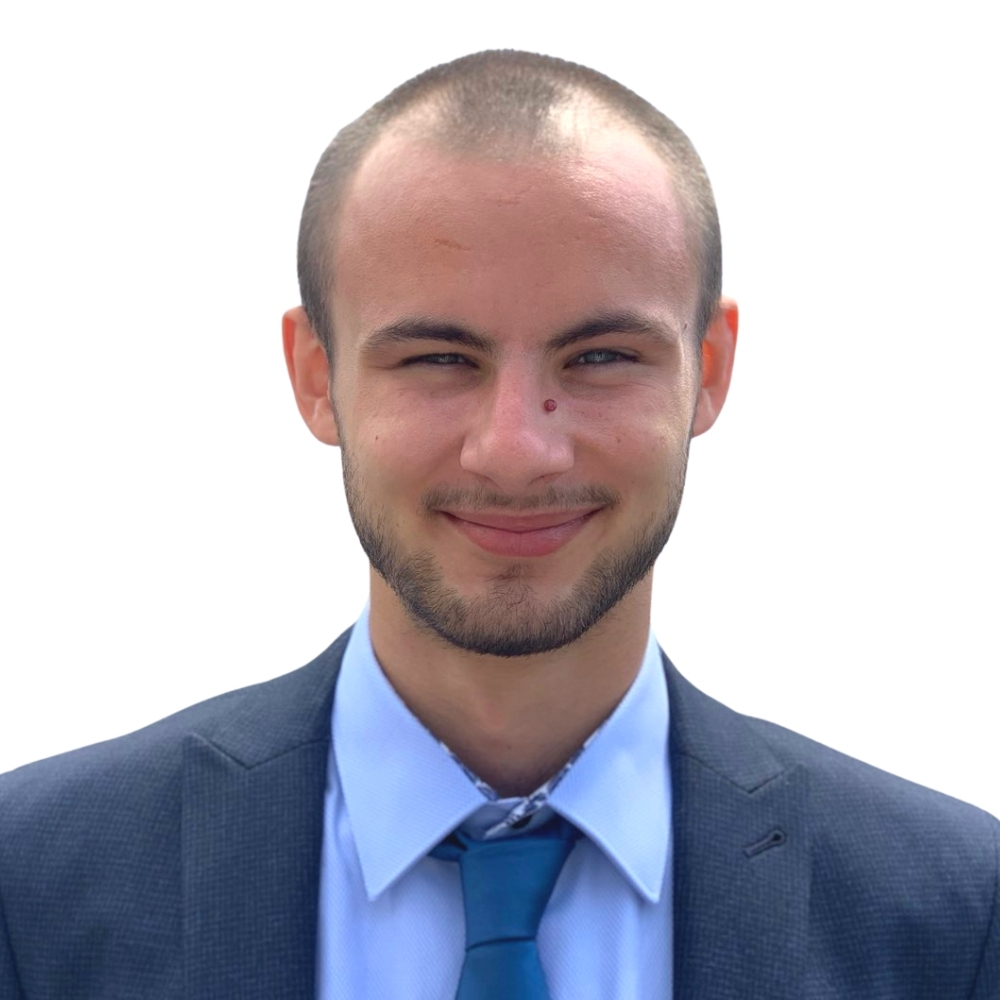 Richard Payne is Communications Coordinator at the Council on Geostrategy. He holds a BA International Relations and Political Science and a MSc in Global Cooperation and Security, both from the University of Birmingham. 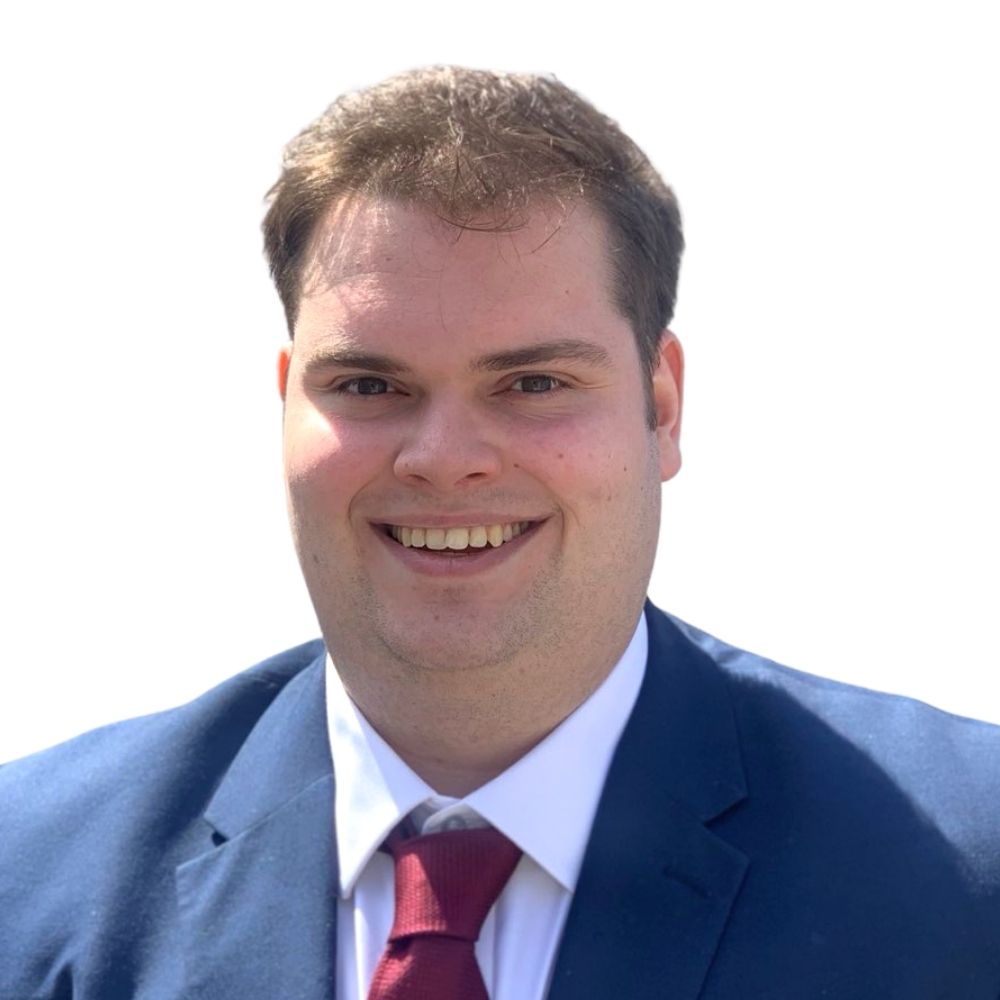 John Dobson is Policy Relations and Events Coordinator at the Council on Geostrategy. Previously, he worked as a Parliamentary Researcher, for Lord Tyler, Baroness Kramer and Lord Sharkey, assisting all three across a broad spectrum of policy. He holds a BA (Hons.) in British Politics and Legislative Studies from the University of Hull. 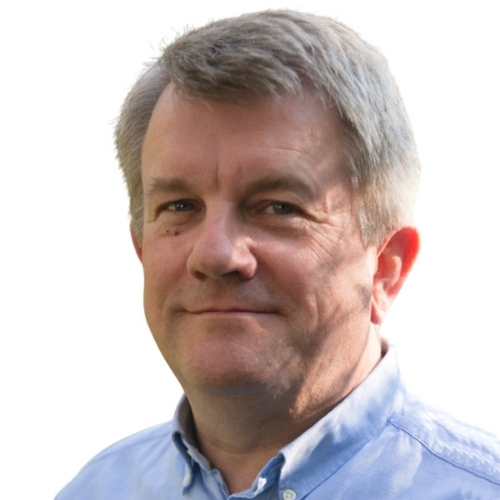 Main areas of expertise: International security, national strategy and cyber security
Prof. Paul Cornish has worked in several British research institutes and universities: Chatham House; the United Kingdom Defence Academy; the Centre for Defence Studies at King’s College, London; RAND Europe; and the universities of Cambridge, Bath and Exeter. He has contributed to numerous Parliamentary inquiries and has been a member of the UK Chief of the Defence Staff’s Strategic Advisory Panel. Prof. Cornish holds a PhD from the University of Cambridge, an MSc Econ in International Relations from the London School of Economics and an MA in Modern History from the University of St Andrews. 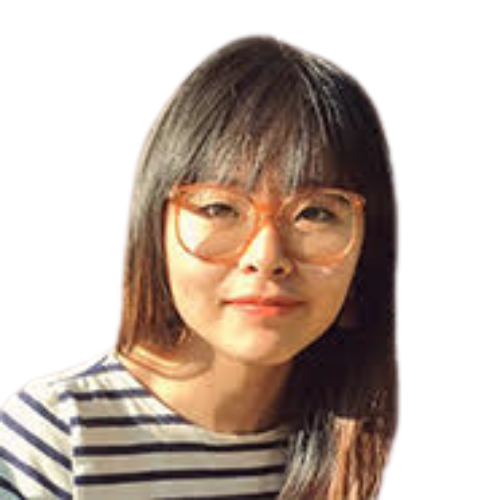 Main areas of expertise: British foreign policy and British-Chinese relations
Millia Hau is a PhD Candidate at SOAS University of London, where her research focuses on British foreign policy, with a particular focus on relations between the United Kingdom and the People’s Republic of China. Previously, she was a Senior Researcher at the House of Commons, and Young Leader at the Pacific Forum. Milia holds an MPhil in World History from the University of Cambridge and an MA in History and Politics from the University of Glasgow. 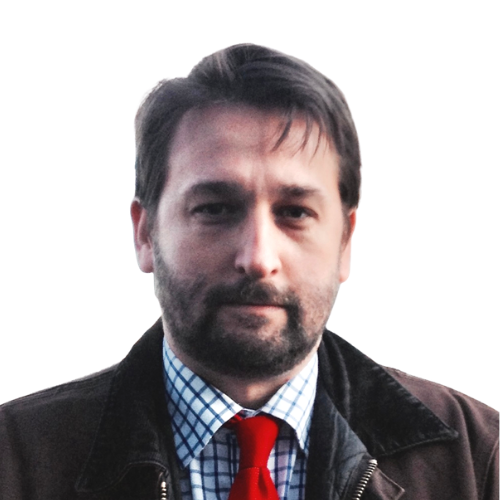 Main areas of expertise: Indo-Pacific geopolitics, British and American roles in Asia, and Northeast Asian security dynamics
Dr John Hemmings is an Associate Professor at the Daniel K. Inouye Asia-Pacific Centre for Security Studies, a regional centre for the United States Department of Defence and Mission Partner to INDOPACOM. Previously, Dr Hemmings was worked for several think tanks and held a number of visiting fellowships. He has briefed several British Government departments and parliamentary committees, including the Ministry of Defence, Department for International Trade, and the Cabinet Office. Dr Hemmings holds a PhD In International Relations from the London School of Economics and a Masters degree in International Peace and Security from King’s College, London. 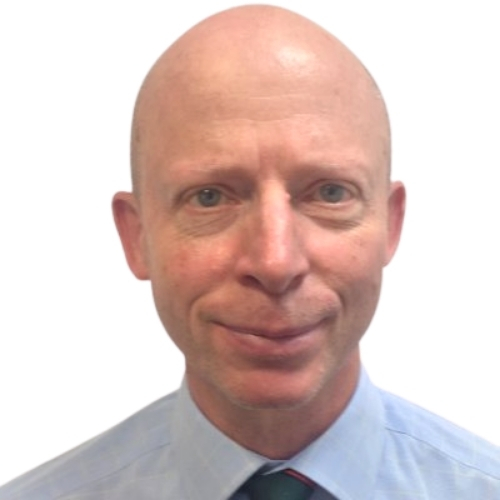 Main areas of expertise: China strategy, East Asian relations and ‘Five Eyes’ security challenges
Matthew Henderson is an independent consultant on international security issues. Previously, Matthew served as a diplomat with the Foreign and Commonwealth Office (FCO) for nearly 30 years, largely focusing on China. After leaving the FCO, Mr Henderson worked for a security consultancy, a think-tank and as an independent consultant. Matthew holds a postgraduate degree (MPhil-equivalent) from the University of Oxford and an undergraduate degree from the University of Cambridge, both in Chinese Studies. He was also a British Council scholar at Peking University. 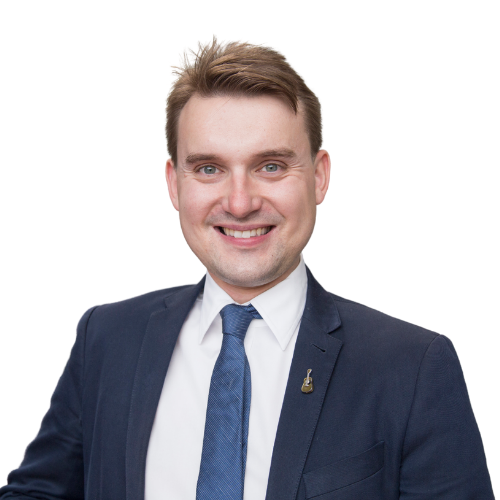 Main areas of expertise: Security challenges in Europe, military strategy, and intra-NATO relations
Dr Alexander Lanoszka is Assistant Professor in the Department of Political Science at the University of Waterloo and the Balsillie School of International Affairs in Waterloo, Canada. He has previously taught at City, University of London, and was a Postdoctoral Fellow at the Dickey Center for International Understanding at Dartmouth College, and a Stanton Nuclear Security Postdoctoral Fellow at MIT’s Security Studies Programme. Dr Lanoszka has worked for the United States Department of Defence and has consulted for Global Affairs Canada. He holds a PhD in Philosophy and an MA in Politics, both from Princeton University. 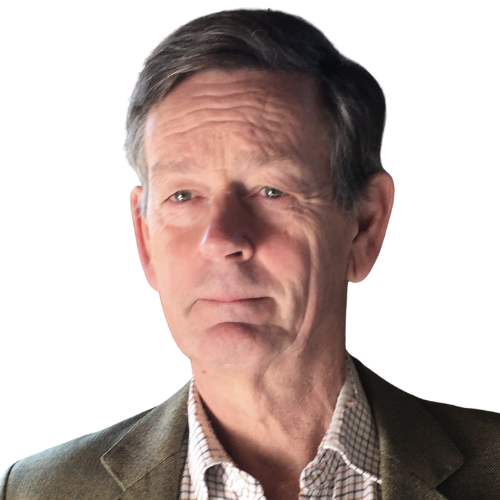 Main areas of expertise: Chinese politics, British policy towards China, and international development
Charles Parton was a long-serving career diplomat, spending 22 out of his 37 year career working in or on China, Taiwan and Hong Kong. In his final posting he was seconded to the European Union’s Delegation in Beijing as First Counsellor until late 2016. In 2017, he was chosen as the House of Commons Foreign Affairs Select Committee’s Special Adviser on China. Finally, Mr Parton returned to Beijing for four months as Adviser to the British Embassy to cover the Chinese Communist Party’s 19th Congress. 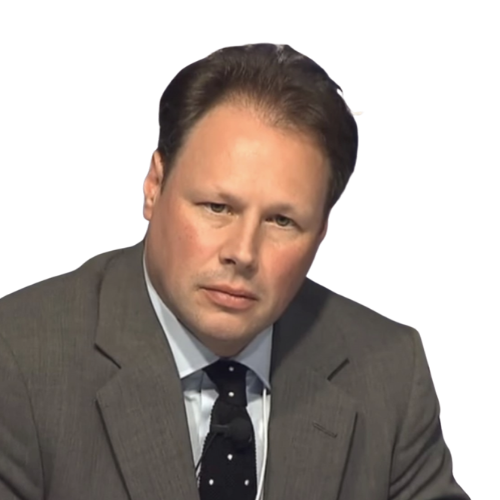 Main areas of expertise: British-Japanese security cooperation, East Asian security, and peacekeeping
Dr Philip Shetler-Jones is Thematic Coordinator for Crisis Management at GIZ, the German international development agency. Previously, he has served in military and civilian roles in peacekeeping operations with the United Nations, European Union, and the Organisation for Security and Cooperation in Europe. He was also Programme Lead on International Security and Geopolitics at the World Economic Forum. Dr Shetler-Jones has advised the ASEAN Regional Forum, the British Ministry of Defence and Foreign Office on stabilisation. He holds a PhD from the University of Sheffield in East Asian Studies and an MA in Law and Diplomacy from the Fletcher School, which he attended as a Fulbright Scholar. 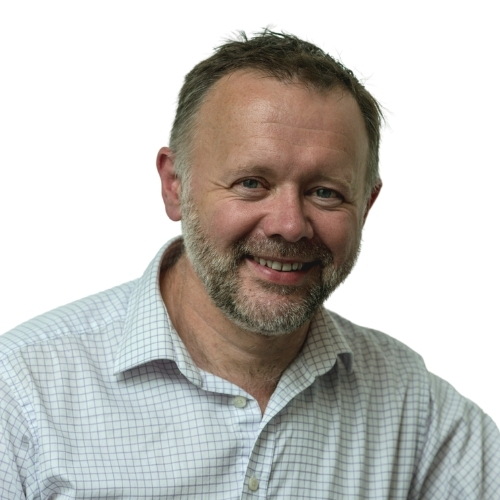 Main areas of expertise: Middle East and Gulf politics, British foreign and counter-terrorism, and counter-insurgency
Prof. Gareth Stansfield is Professor of Middle East Politics and the Al-Qasimi Chair of Arab Gulf Studies in the Institute of Arab and Islamic Studies at the University of Exeter. Prof. Stansfield has over 25 years’ experience of field-based research in countries of the Middle East. He has previously held roles at Chatham House, the Woodrow Wilson Center in Washington DC; and the Royal United Services Institute. He was part of British horizon-scanning initiatives on Iraq and Libya with the Ministry of Defence. Prof. Stansfield holds a PhD in Political Science and an MA in Middle East Politics, both from Durham University. 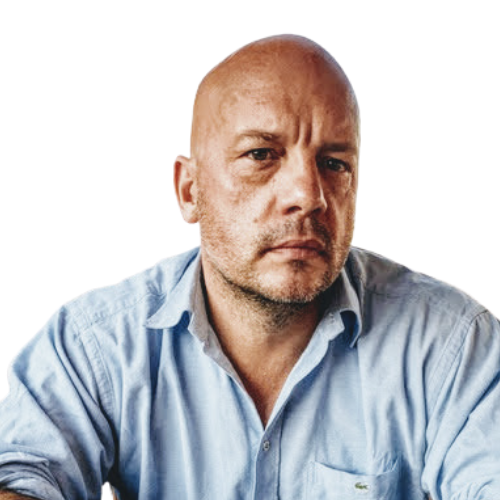 Main areas of expertise: International security, and United States foreign policy and grand strategy
Prof. Doug Stokes is Professor in International Security and Academic Director of the Strategy and Security Institute at the University of Exeter. He helped to establish a Non-Governmental Organisation focused on ethnic reconciliation in Bosnia and held positions with the universities of Kent, Aberystwyth and others. Prof. Stokes has advised and presented research to several British Government agencies and organisations. He holds a PhD in International Relations and an MSc in International Development, both from the University of Bristol. 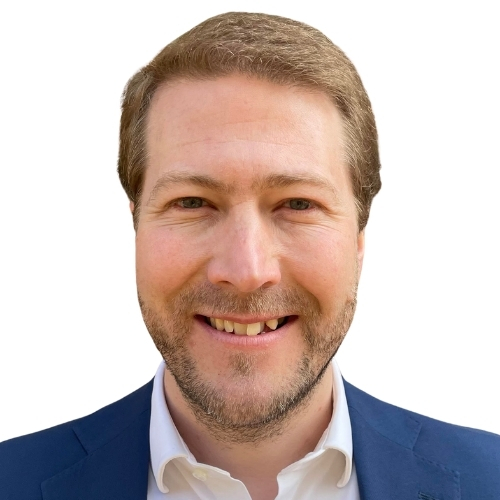 Main areas of expertise: Trade, technology and finance
William Young is a director at BloombergNEF, Bloomberg’s strategic research business and climate lead on the East-West focused New Economy Forum. He was formerly Chief of Staff to the Chief Executive Officer and Chief Operations Officer and prior to that was instrumental in launching NEF’s research capabilities and advising clients on technology, finance, economics, politics and business opportunities in the transition to a low carbon economy. He holds an MSc in International Strategy and Diplomacy from the London School of Economics and an MA (Hons) in Modern History from the University of Oxford.